As the conflict in Ukraine continues… Unemployment, a million forced to flee and the Jewish exodus 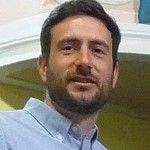 The nation of Ukraine remains in a state uncertainty and tension.

The conflict rumbles on in the east despite a ceasefire agreement and reports of Russian troops massing over the border from key cities is doing nothing to help calm the situation. The Ukrainian Hryvnia is now the world’s worst performing currency after losing half its value in the last six months.

The refugee crisis remains a drain on already stretched resources as over 1,000,000 people have flooded the rest of Ukraine. These people have no jobs and very often no contacts. If they are fortunate, the government will find them a place to live, but then they must compete against residents for whatever jobs are available, leading to the locals’ resentment.

For many Jewish people this crisis has been a catalyst for them to emigrate to Israel. On a recent trip I discussed this trend with Victor, a Ukrainian who has worked with Jewish community for many years. He told me that this is the largest wave of emigration to Israel that has ever taken place. This astounded me so I asked him why now. He replied in the matter of fact way common in Ukraine: “While there was peace in Ukraine, why move to Israel where there was war? Now there is war in Ukraine and in Israel, so Israel is better.”

This unsentimental approach has seen 40,000 Jews move to Israel since the conflict began. However, arriving in Israel is just the first step as once in the country they must prove their Jewishness to be accepted as immigrants. As many fled areas of conflict or lacked an understanding of Israeli bureaucracy they arrived without the necessary family papers and were therefore classed as tourists. This leaves them with no access to healthcare or social services and at risk of being deported after three months.

For those Jews who remain, life is as hard as it is for everyone else, yet with the added threat of anti-semitism never far away. Despite Jewish people rising to very high positions as leaders in business and politics, Jews are more often than not exposed to the same age-old prejudices.

Sadly, this is often true in the Church and to combat this I led a three-day teaching and fellowship conference at the end of March. God moved in amazing ways and Jewish and non-Jewish believers who started very wary of each other ended the conference as firm friends. I look forward to the next conference in Odessa in September.

Piers Arthur-Crow runs a charity called The David House which teaches on the roots of the Christian faith. He also travels regularly to the Ukraine and elsewhere to help support the local Church. He is available to speak at meetings: email office@thedavidhouse.org

Adopt a family in Ukraine today

With anti-semitism in Eastern Europe increasing, a Sussex-based charity, the Shekinah Legacy, is working with Operation Aliyah, a group of caring Christians in those lands to help bring Jewish people home to Israel. It featured on p9 of the last HEART newspaper.

If you would like to know more or get involved (100% of this charity’s income goes to the cause, not on overheads), visit www.operationaliyah.org.