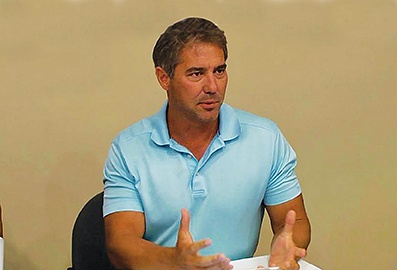 CONTROVERSY has raged over the New York State law that allows abortion on demand up to birth.

The ACLJ (American Center for Law and Justice) is filing a lawsuit against New York over its “barbaric” new abortion law passed in January. “New York has become one of the worst places for unborn babies”, said its chief counsel, Jay Sekulow. “For a decade, it has also been targeting pro-life pregnancy centres – which save lives – trying to shut them down.”

The New York State Senate passed the Reproductive Health Act (RHA) on 22 January by a vote of 38-24, on the 46th anniversary of the Supreme Court decision in Roe v Wade, which found that a woman has a constitutional right to abortion. The bill had already passed the state assembly by a 92-47 vote.

Since then, Snopes, the ‘hoax-spotting’ website, has contradicted the new law’s ability to allow babies to be killed at birth by pointing out that well-trained medical professionals would not actually kill a live baby. Sadly LifeSite news prints under cover reports by nurses and midwives in the US and Europe of babies being hastily killed if they survive an abortion. In more than one report, the surgeon is keen to ‘silence’ the baby before the parent hears its cries.

The UN played a part in the controversial New York State law, too, according to LifeSite News. Melissa Upreti, a ‘special mandate holder’ connected to the UN Human Rights Council, testified last September before the New York City Council Committee on Women and told members that international law requires abortion on demand until birth. The UN Working Group on discrimination against women in law and in practice had sent a letter to the US, “urging the passage of the RHA.”

Upreti argued that criminalising abortion constitutes discrimination on the basis of sex and therefore violates the International Covenant on Civil and Political Rights (ICCPR). This covenant “requires the broadest possible latitude for women to be able to kill their unborn children or have someone else do it for them”, according to LifeSite. The ICCPR is one of two implementing treaties of the Universal Declaration of Human Rights and has been ratified by the United States.

Another battle taking up court time is against taxpayer funding of abortion provider Planned Parenthood. The ACLJ claimed a victory on 18 March, when a court agreed that Planned Parenthood does not have a constitutional right to “take our tax dollars”. This sets a precedent that will allow states to “defund” Planned Parenthood.

Another campaigner, Troy Newman, who exposed Planned Parenthood’s scheme to sell aborted foetuses by the pound, is being sued by the abortion provider for “racketeering.” Asking for prayer in March as he faced a gruelling day in front of lawyers, Mr Newman, a founding board member of the Center for Medical Progress, declared, “The bigger the baby, the more money they get for the dead baby…yet, here I am, in court being accused of racketeering…it’s insane!…My hope is built on nothing less than Jesus’ blood and righteousness!”