A Jew for Jesus 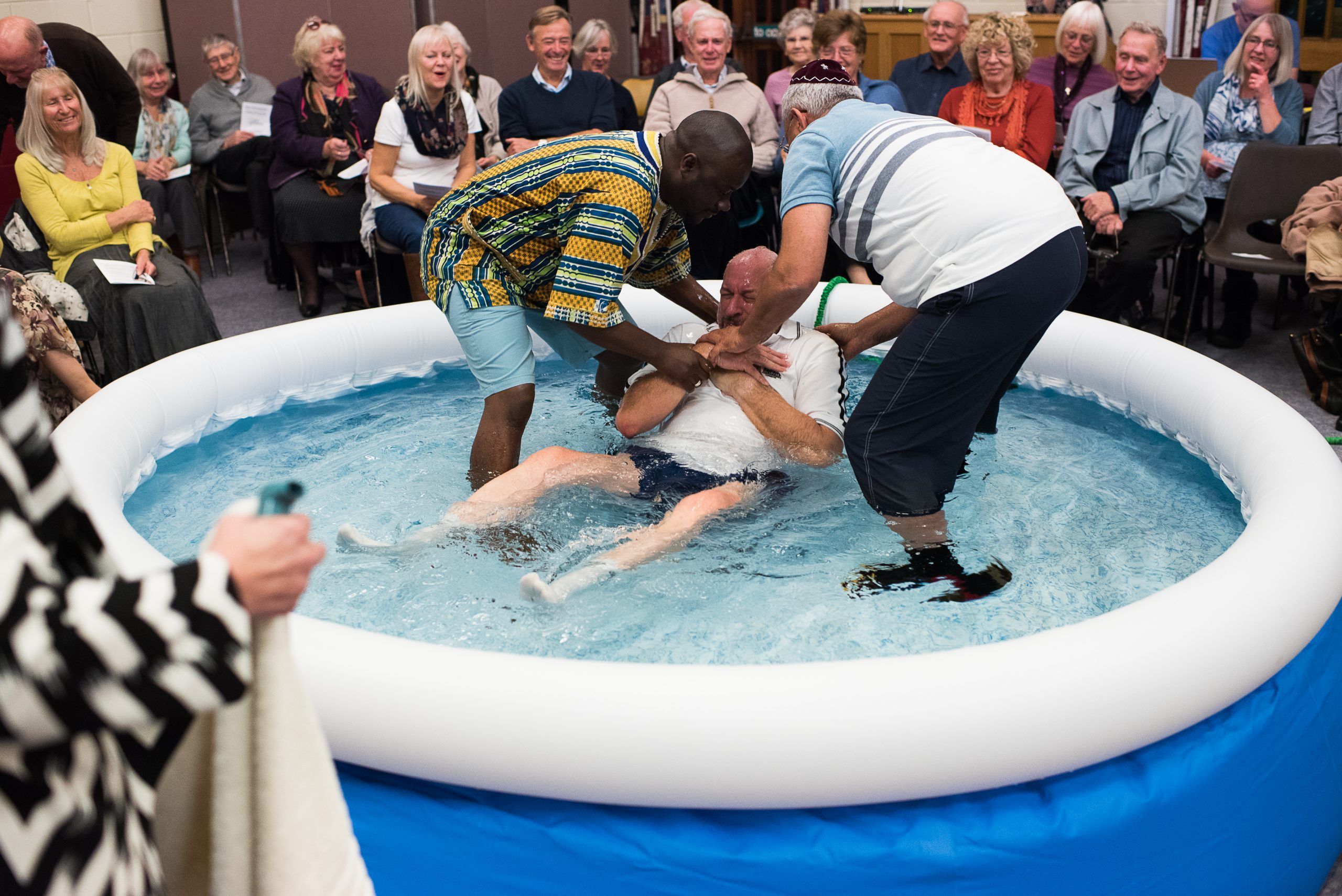 BOURNEMOUTH, ENGLAND (ANS – February 8, 2018) – Orthodox Jew David Rose became a follower of Jesus after meeting a believer through Facebook. Family and friends turned on him, and he was barred from attending his synagogue, but he nevertheless rejoices in a personal relationship with the living God for the first time in his life.

He has since married his Facebook friend Christine, and also been baptized, both in the same church and in the traditional Jewish way – underneath a chuppah (canopy) for their wedding and in the form of a mikvah (a ritual bath taken before entering the Temple) for his baptism.

From the tribe of Levi, who are set apart for holy service to God, David (whose Hebrew name is Dovid Yonah ben Moshe Halevi) was nurtured in a North-West London Jewish community, observing the rituals and feasts and regularly attending synagogue.

It was through a Facebook group he joined in 2015 that he eventually met Christine the following year when David was struggling with his Jewish faith and its demands. He very much wanted to do something for God, and felt he should move to Bournemouth on the South Coast.

“As well as questioning my beliefs, I was into a lot of bad and ungodly things, which I knew were not pleasing to God,” he explained.

Christine, meanwhile, told him she was a born-again Christian who had invited Jesus into her life some 30 years earlier and David became jealous of her apparent direct communication with God.

According to the Scriptures (Romans 11.11 & Romans 10.19 quoting Deuteronomy 32.21), this is something Jews will experience on meeting Gentile believers with a confident faith.

“I thought it should be me, a Jew from the priestly tribe of Levi, who should be having this connection with God. So I told her that I too wanted whatever it was that she had.”

So her son Richard, a church elder, prayed with him and he was put in touch with Rev Ralph Goldenberg, a fellow Jew and retired Church of England vicar.

He subsequently attended a Christmas Eve service (which, in 2016, happened to coincide with the Jewish festival of Chanukah) at St Mary’s, Ferndown, where Ralph was once churchwarden.

“I was nervous because I had been told all my life that if I went into a church I would be struck down by lightning. And I was also worried about what people might think of me wearing a kippah (skull cap). But I was welcomed wholeheartedly and one lady even wished me a ‘Happy Hanukkah’.

“After taking communion, and being nudged by Christine not to drink all the wine (which is the Jewish custom for feasts), I returned to my seat and began to feel strange. Suddenly I felt a ‘whoosh’ of cool air go right through me – and I knew I had received the Holy Spirit!

“My life has since turned around. I have been delivered from demons, and have had dreams, visions and messages from Yeshua (Hebrew for Jesus). God is taking me on a journey, and I have complete faith and confidence in him.

“But because of my new-found faith, I am no longer welcome at the synagogue I was attending. Worse still, three of my children will have nothing further to do with me and old friends have also disowned me.

“But I know that Yeshua is the Son of God, and he has promised to be my support and strength.”

David was baptized at St Mary’s in October last year and returned to the church to marry Christine within a week.

“Last year was unbelievably eventful, and it turned my life around big time,” he enthused.

Familiar as he is with the Jewish Tenach (what Christians call the Old Testament), David has now discovered how it all points to the role of the coming Messiah, perfectly fulfilled in Yeshua.

For example, the Passover lamb of Exodus, whose blood protected the Israelites and set them free from slavery in Egypt, foreshadowed the death on a cross of Jesus, the ultimate Passover Lamb, as did the bronze serpent Moses raised on a pole for those suffering snake-bite – foreshadowing the ‘healing’ of our sins at the cross by Jesus, for “by his wounds we are healed” (Isaiah 53.5).

Another such sign (see Luke 11.29-32) is the prophet Jonah, who was in the belly of a whale for three days before being spewed up on the beach. As with Jonah, Jesus died and was buried before being raised to life after three days.

David now shares his new-found love for Yeshua both within church congregations, which helps them better appreciate the roots of their faith, as well as with other Jews searching for the truth.