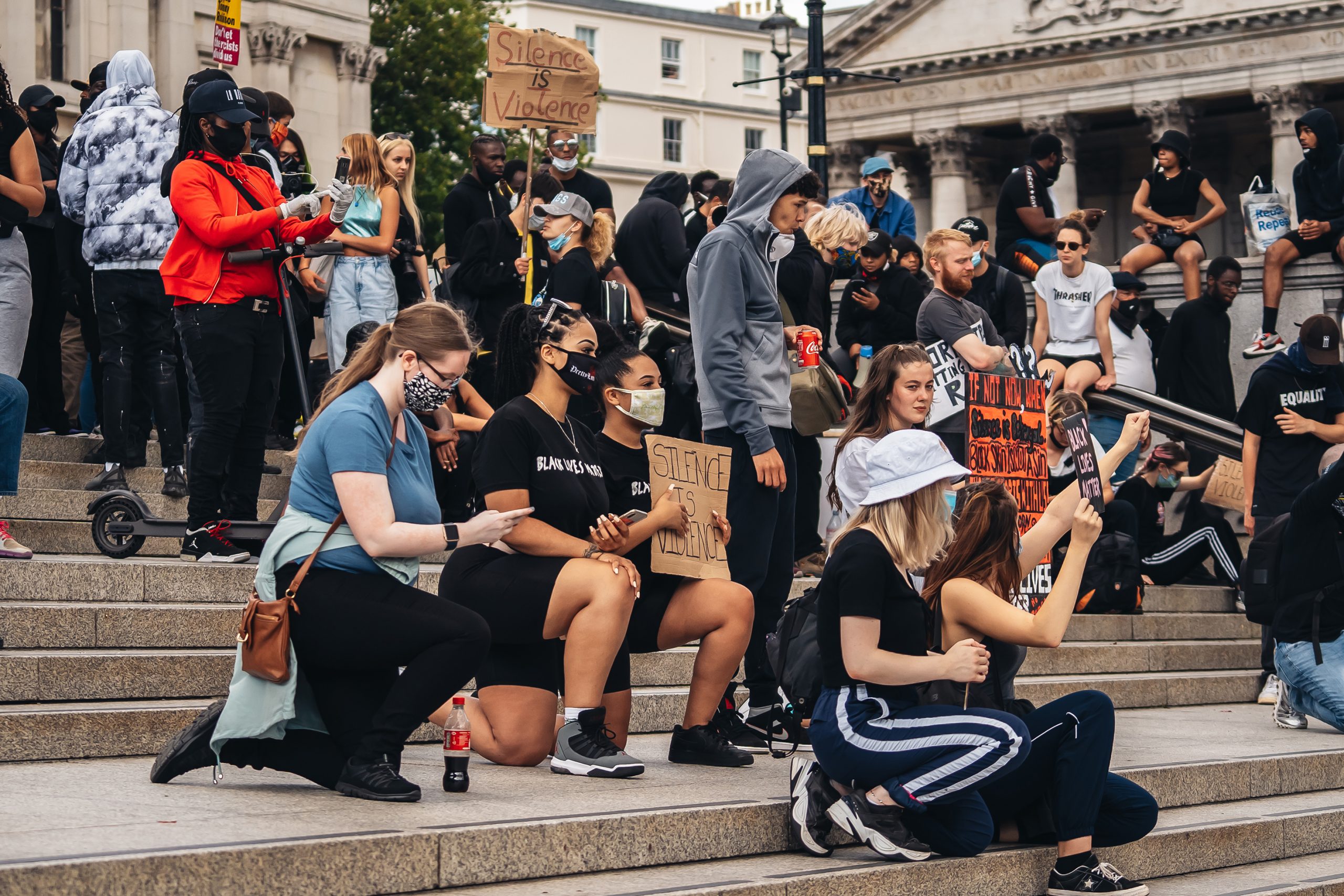 The BLM movement is not about improving the lives of black people. It is about attacking the Christian foundations of western freedom, says London Assembly member David Kurten The killing of George Floyd in Minneapolis by a police officer has sent nations into convulsions this summer.

Though Floyd was a criminal and was arrested on suspicion of committing a crime while on drugs, the killing on 25 May was horrific and wrong. The police officer and the other three who stood by and did nothing have been arrested. This is right and they should be given a fair trial, because, contrary to the narrative, the incident may not have been racially motivated after all.

In fact, Floyd’s killing, although terrible, has been seized upon in order to unleash a different terror – that of Cultural Marxism.*

“Pick the target, freeze it, personalise it, polarise it”

His dying moments have been ‘frozen’ in our memories by repeated replaying, amplifying it as an example of racial hatred. This is entirely in line with the aims of Saul Alinsky, the father of modern Marxist praxis, who wrote in his book, ‘Rules for Radicals’: “Pick the target, freeze it, personalise it, polarise it.”

Thus George Floyd has been used to polarise society in order to bring about revolutionary change, packaged as ‘social justice’.

Seemingly spontaneous ‘Black Lives Matter’ (BLM) protests erupted all over the USA. These did not just protest Floyd’s killing, but sought to create a narrative that western nations are guilty of systemic racism. Protests spread quickly to the UK, Germany, Australia and many other western nations which had nothing to do with the events in Minneapolis.

In comparison, a similar killing of a white man named Timothy Coffman in Florida in 2018 received very little media attention, and certainly no worldwide protests, because it did not suit the narrative. The death of a white man at the hands of police didn’t fit the theory that the pillars of western civilisation are racist and need to be torn down, so that the intellectuals in the ‘vanguard of change’ can usher in a new era of Utopian social justice.

So although Floyd’s death was horrific, it may not have been motivated by racism at all. Only a fair trial can ascertain that, but the truth may not emerge before the incident is permanently frozen in the collective memory.

Meanwhile, thinking people must not be seduced into affirming the judgements of trial by media. Why? Because the mainstream media have been almost fully infiltrated by Cultural Marxists, thanks to their successful ‘long march through the institutions’, a term coined by Marxist student leader Rudi Dutschke.

The media may have fully propagandised the systemic racism narrative, but it is not correct. The UK is one of the best places in the world to be black or a member of an ethnic minority today.

There is equality of opportunity for all, and freedom of expression has been a part of our history for centuries, although that is being attacked by the very same Cultural Marxists who pretend that they care about ‘fighting racism’.

Yes, there was real racism in the UK in the 70s and 80s. I experienced it myself while growing up in a village in Sussex. Yet by the 90s it had mostly disappeared. There is still the odd incident of racism, as well as occasional incidents of what the political left call ‘casual racism’.

I still sometimes get asked where I am from. When I reply that I am from Sussex, the questioner moves on to ask, “No, where are you really from?”, as though I cannot be English or British because I have brown skin.

This is perhaps a racist attitude, but it is not racism of the kind which physically harms people or denies them jobs or services because of their skin colour.

If anything, the UK has gone in the other direction. The Equality Act 2010 allows positive discrimination for minorities, so organisations such as the BBC have created training schemes which take only black and minority ethnic people.

Yet seeking to address imaginary racism by implementing new forms of real ‘reverse racism’ will only cause hidden resentments to fester among other groups who are also in need of support – such as white working class boys who have among the lowest levels of educational attainment.

The Black Lives Matter protests, meanwhile, were not as spontaneous as they seemed. BLM is an organisation which has existed for six years and has generated millions of dollars in income from donations during the protests. Vast amounts of this money are still unaccounted for.

The aims of BLM include defunding the police, disrupting the nuclear family, supporting queer theory and smashing capitalism

The aims of BLM include defunding the police, disrupting the nuclear family, supporting queer theory and smashing capitalism. The exact opposite is needed to improve all lives, including black lives.

The police are vital for keeping our streets safe, and would be able to do so far more effectively if they were not hampered by the politically correct posturing of their top brass and political leaders who ask them to “take a knee” before the crowds which want to abolish them.

Capitalism has raised hundreds of millions of people out of poverty. Children who grow up in families with a mother and father do better in general by every measure. Marxism, on the other hand, does not improve lives. Everywhere it has been tried, the results are tyranny, poverty and death.

Thus the original killing of George Floyd was quickly forgotten as protestors moved on to smashing up businesses in the USA, many of them owned by hard-working black people. In the UK, the flag on the Cenotaph in Whitehall was burned, and the statue of Winston Churchill, the man who defeated fascism, was vandalised by ‘anti-fascists’ before being covered up for a week by London Mayor Sadiq Khan.

The statue of Winston Churchill, the man who defeated fascism, was vandalised by ‘anti-fascists’

BLM supporters and the Antifa agitators who mingle freely among them have regularly abused policemen, including black policemen. People who say that “all lives matter” have been attacked and in some cases removed from their jobs.

It is to some extent heartening that even the most woke of politicians and institutions have now done a reverse ferret on their initial support for BLM. Caught up in the horror of the moment, they wanted to say black lives matter. This is an admirable sentiment, but we must all make a distinction between that and the aims of the BLM movement itself.

The BLM movement is divisive. It is not about improving the lives of black people; it is about tearing down western civilisation and attacking its foundations of freedom which are built on Christianity. The way to improve all lives in our nations, including black lives, is to embrace Christ and his teachings, not Marx.

*Cultural Marxism as an ideology originated in the 20s and 30s with Italian Marxist Antonio Gramsci and the members of the Institute for Social Research at Frankfurt University (otherwise known as the Frankfurt School), who suggested that in order to create the conditions for Communism to take hold in the West, civil society had to be deconstructed from within.