British audiences were bemused or aghast when the US President announced he was defunding the World Health Organisation (WHO) in April, in the middle of a pandemic.

However, Family Watch International (FWI) has completed a special investigation into the WHO and found that it has a radical pro-abortion and sexual rights agenda. 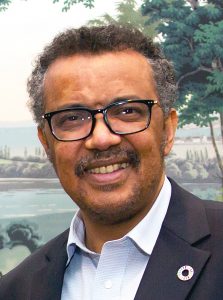 In ‘The World Health Organisation Exposed: Sexual Rights vs Sexual Health’, FWI finds that the current WHO Director-General, Tedros Adhanom Ghebreyesus, is not a medical doctor, yet has a key role in world health. He also has a history of promoting abortion and controversial sexual rights at the expense of sexual health.

While minister of foreign affairs in Ethiopia, Ghebreyesus aimed to remove “parental consent requirements” for teenage girls to have abortions, and ban practices “that criminalise consensual adult sexual behaviours and relationships, including outside of marriage, same-sex relations… voluntary sex work”.

The WHO promotes the legalisation of prostitution

FWI also claims that the WHO is working closely with the IPPF (International Planned Parenthood Federation, founded by Bill Gates’ father): “It is quite apparent that IPPF is playing a major role in writing and producing WHO’s multiple controversial publications advancing abortion, CSE and sexual rights policies. This is a serious conflict of interest because IPPF benefits financially from abortions and other sexual services.”