Will God use Johnson as he used Churchill? 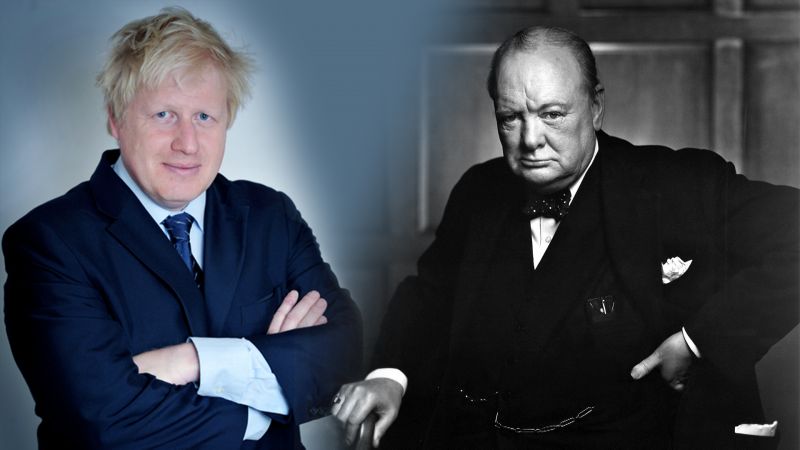 Many now agree that God used Churchill mightily. Might the same apply to Johnson in the days ahead?

Few Christians would have suggested either Winston Churchill or Boris Johnson as an ideal leader before they gained the keys to No 10.

Yet Churchill, previously viewed as a maverick by fellow MPs, led the nation to victory during World War 2. Now Johnson, for all his moral failings, has finally secured Britain’s long-delayed departure from the EU, with a majority that silenced calls for a ‘people’s vote’ on EU membership.

Churchill is not believed to have been a Christian (at least during the war years). He had actually been a Freemason until 1912, which qualified him to subsequently join a Druidic order. Neither is Johnson known to be a Christian – though that did not prevent him from quoting Exodus to tell the European Union to “Let my people go!”

Furthermore, like Churchill, Johnson has spoken unashamedly of being pro-Jewish, even Zionist. Supporting Israel is not an obvious vote-winner, marking both men out as unusual. While Christian Zionists have mistakenly believed that Churchill deprived Jews of 77 per cent of their promised homeland, research revealed in this paper paints his actions in a much kinder light.

For Johnson’s part, as leadership hopeful he stated that “wild horses” would not keep him from visiting Israel as British premier; many now hope that his stance will signal a shift in government policy on Israel.

Neither Churchill nor Johnson were the first choice as PM among Tory MPs; in 1940, many of these remained staunch supporters of Chamberlain; Churchill had to tread carefully with them for a long time.

From a human perspective, one would say that it was essentially each man’s popularity with ordinary people rather than the Establishment that propelled them to power – though, of course, in reality, each was chosen by God.

Intelligent, witty, conveying optimism and energy, well read and blessed with prodigious memories, their outward similarities are easy to spot. The charge sheet against them is remarkably similar, too – unreliability, poor judgement, egomania.

In the introduction to his 2014 book ,‘The Churchill Factor’, Boris Johnson called his hero “eccentric” and “a thoroughgoing genius”. The book was widely interpreted as the younger man’s attempt to wrap himself in the great statesman’s mantle in a bid to lead the Conservative Party. But now he has won a personal mandate as prime minister, perhaps it is worth thinking more carefully about parallels between the two. … The point of the Churchill factor is that one man can make all the difference.

In a YouTube video posted on 9 July 2019, Tomi Arayomi, a senior pastor of My Church Windsor, delivered a prophetic message that God was “getting ready to send another wind of [his] Spirit on the UK which will cause many to liken this next Prime Minister to Winston Churchill.”

Most would agree that Churchill’s reputation was gloriously restored by his leadership in WW 2. Churchill said he felt that “all my life had been but a preparation for this hour and this trial” and we can see that character traits that had previously caused him to be viewed as a madcap and a maverick then worked to advantage. We should be alert to the possibility that the same might prove to be true of Johnson; God chooses surprising people to work through!

It is early days, but maybe there is more to all this than coincidence.

Pray for direction and healing

Evangelist David Hathaway told supporters in January, “We need to pray for our Prime Minister, Boris. I am convinced that he will be used of God to bring both direction and healing to our nation. God can use any man; the Bible shares many incidents where God used ungodly men as part of his plan….I am confident that God is in control of our destiny.”

Johnson and Churchill share intelligence, wit, a fundamental optimism and a pro-Jewish (even Zionist) outlook. The charge sheet against them is remarkably similar. (Winston’s, of course, has more meat to it since he was on the national and international stage longer.) Some of the criticisms below are fair, and some are not.

Churchill’s latest biographer Andrew Roberts’ assessment is that “The reason the public trusted and soon came to love him in 1940 was not because they believed he had been right in the past, but because they believed he had been consistently true to his beliefs, in a way many other, self-serving politicians who had held office throughout the 1930s had not been.” Roberts makes the point that Churchill learnt from his mistakes, whilst Henry Kissinger wrote, “His judgments of the trends of history were uniformly perceptive and often profound.” The positives hugely outweighed the negatives.