The amazing cure that healed my fibromyalgia 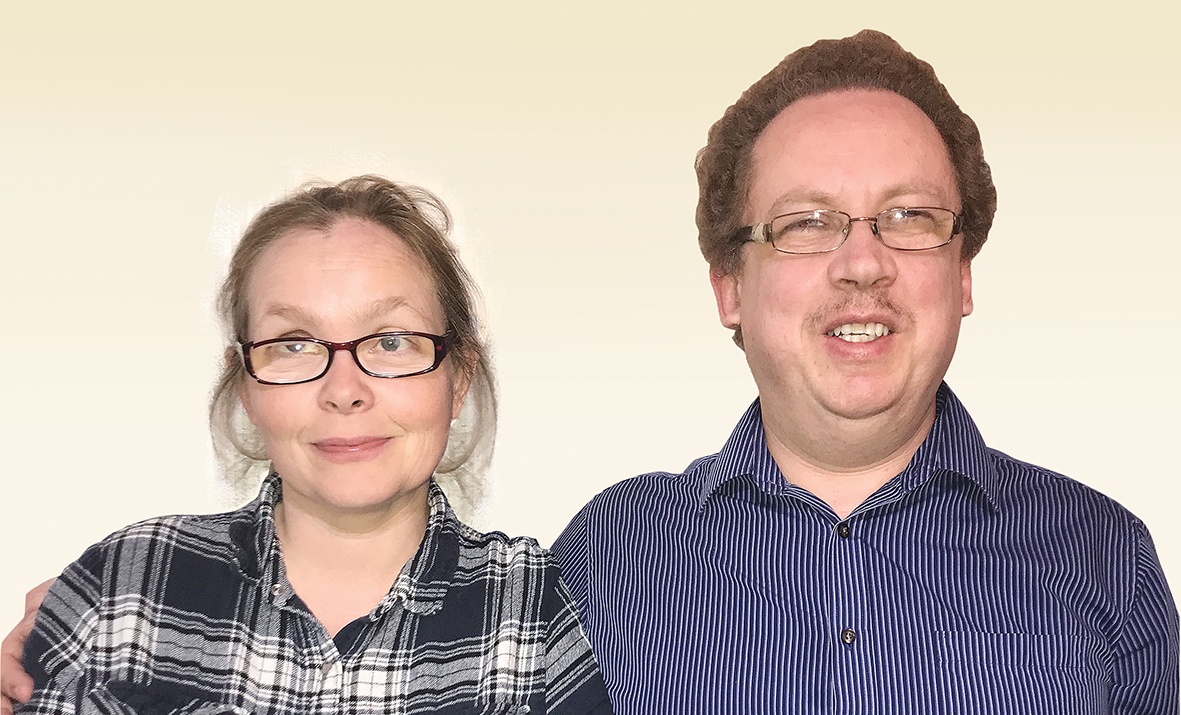 When he was diagnosed with fibromyalgia, Ken Wright was told to have hot baths and take depression pills. But he had other ideas and by an extraordinary chain of events found the excruciatingly painful condition had a spiritual root…

After 22 years in the telecommunications industry, Ken Wright started experiencing severe symptoms that threatened to limit his life and charity work.

Already 70% blind, Ken, 44, found his feet starting to swell painfully after wearing shoes. Alarmingly, the swelling began to spread swiftly through his body.

His wife Christine, 43, is actually registered blind, but they have four grown-up children and felt that their lives in White Abbey, north of Belfast, were fulfilled with work and church involvement. Both Ken and Christine have been first-generation Christians since 1994.

During 2015 Ken’s spine, neck and shoulders started swelling up daily. “One day I picked up a large cup of tea and the next day my whole arm was swollen.” After initially being stumped for a diagnosis, Ken’s doctor eventually diagnosed fibromyalgia.

“He just gave me a little blue tablet for depression – that was all he could do,” recalls Ken. “I was told there was no cure.”

The Fibromyalgia Society suggested taking hot baths to ease the pain, but could not offer anything for lasting relief.

The excruciating swelling persisted, especially if he did any physical exertion. “It was a catch-22 situation,” Ken remembers. “I had to take exercise under doctor’s orders, and if I didn’t force myself out of the house, I would seize up. But if I did any exercise, I would swell up.

“It was very hard for my children to watch; I’d gone from having two jobs in the past and bouncing on the trampoline with the kids to being exhausted even after walking to the shop and back.”

Having fibromyalgia means the body struggles to get into the deepest stages of sleep, so cannot repair itself. “I was only getting two or three hours of sleep per night and had a constant upset stomach because of the tiredness,” Ken says. “I was constantly exhausted, both mentally and physically.”

Within a year of experiencing the initial foot pain symptoms, he was forced to give up his job.

While attending a meeting at New Life City Church in Belfast with Pastor Jack McKee in August 2015, Ken received what he describes as half of his healing after feeling God’s power come on him. Although it wasn’t enough to return to work, he was able to continue with his charity, Compassion Group Network (formerly Compassion for Pakistan), which works to end persecution and poverty in countries such as Pakistan, as well as helping disadvantaged people in Northern Ireland.

Around this time, Ken felt prompted to look into the background of Freemasonry, wondering if there could be links between his condition and his family’s participation in the lodges.

Before becoming a Christian, Ken had followed in his father’s footsteps and joined the Orange Order aged 17. Involvement in various brotherhoods extended back through his generations, with his great-grandfather being a Ku Klux Klan member.

After a pastor friend alerted him to the physical and emotional problems which he had seen in the lives of former masons and members of other lodges, Ken says he gradually began to realise the spiritual implications of swearing oaths: “I saw that curses are unleashed by swearing oaths of initiation which condemn masons and their families to ‘punishment’ if they betray the brotherhood/lodge; what our ancestors do can affect generations.”

Ken realised that he may have opened a spiritual door to darkness through swearing oaths. Having heard good reports about Sozo Ministries International, a healing and deliverance ministry near Romsey, Hampshire, he and Christine decided to travel over for a ‘Freedom from Freemasonry’ conference.

After two failed attempts, they finally flew over in September 2017. “The enemy tried to make everything possible go wrong,” Ken remembers. “Our luggage got left at Belfast, so we had to buy clothes to last until we returned home!”

To make matters worse, soon after arriving at the Sozo conference centre, Christine, who had begun suffering from social anxiety four months prior, had a panic attack, which she regularly experienced in large groups of people. Feeling dizzy and starting to hyperventilate, she told Ken, “I’ve got to get out of here right now!” Happily a lady team member could pray with her, and the attack subsided.

During the conference, the leaders, Alan Daniel and his wife Emma, led the delegates in systematically renouncing the various aspects of Freemasonry and other ungodly brotherhoods.

By praying over specific curses with the authority of Jesus’ name, they ‘broke’ (ie cancelled) the initiation curses uttered by Ken and the others present.Ken then describes what happened during one of the sessions: “I suddenly felt as if the cap was coming off a pressure cooker and the steam was pouring out. Then one of the conference team came over and told me to say, ‘The blood of Jesus sets me free’. I couldn’t even get the words out at that point! I was shaking like a leaf, but gradually I felt the pain start leaving my body. I felt as if a ton of bricks was taken off my shoulders.”

The next day, Ken testified at Sozo’s Sunday service that the swelling in his body had disappeared since the day before.

Despite having only been able to speak in front of five people before, Christine also shared her testimony with the Sozo fellowship. “My voice was shaking, but I knew it wasn’t social anxiety,” she says. Previously afraid of open and closed spaces and petrified of sitting by window seats, Christine describes how her fears have totally vanished. “I sat by the window on the plane home. I’m now fine around big groups of people and I can walk into large stores without any problem. The social anxiety is completely gone!”

Two months later, Ken reported that he was still totally free of fibromyalgia: “I have no more pain or swelling in my lower back, spine or shoulders. The enemy has sometimes tried to come back with the pain, but I just say, ‘I rebuke you in the name of Jesus!’ and it goes away. I’ve learned that sometimes when the symptoms appear to be returning, it’s actually an attempt by spiritual forces to make you think you’re still sick and doubt that God has really healed you.”

Ken had not returned to his doctor yet. “What’s the point? I’d been told fibromyalgia is an incurable disease; there wasn’t anything he could do. All I know is that God has healed me. My feet don’t ache after wearing shoes any more, and I’m getting a full night’s sleep! The other day I ran up and down the street with the dog, which I hadn’t been able to do for over two years.”

Now Ken and his wife are delighted to be able to work full-time for Compassion Group Network, which is opening a 25,000 square foot charity building in the centre of Ballymena, north of Belfast, in January 2018.

They are still marvelling at what God has done in both their lives. Ken says: “It’s an incredible deliverance; all I can say is that I’m normal again! I praise the Lord that I’ve got my life back!”