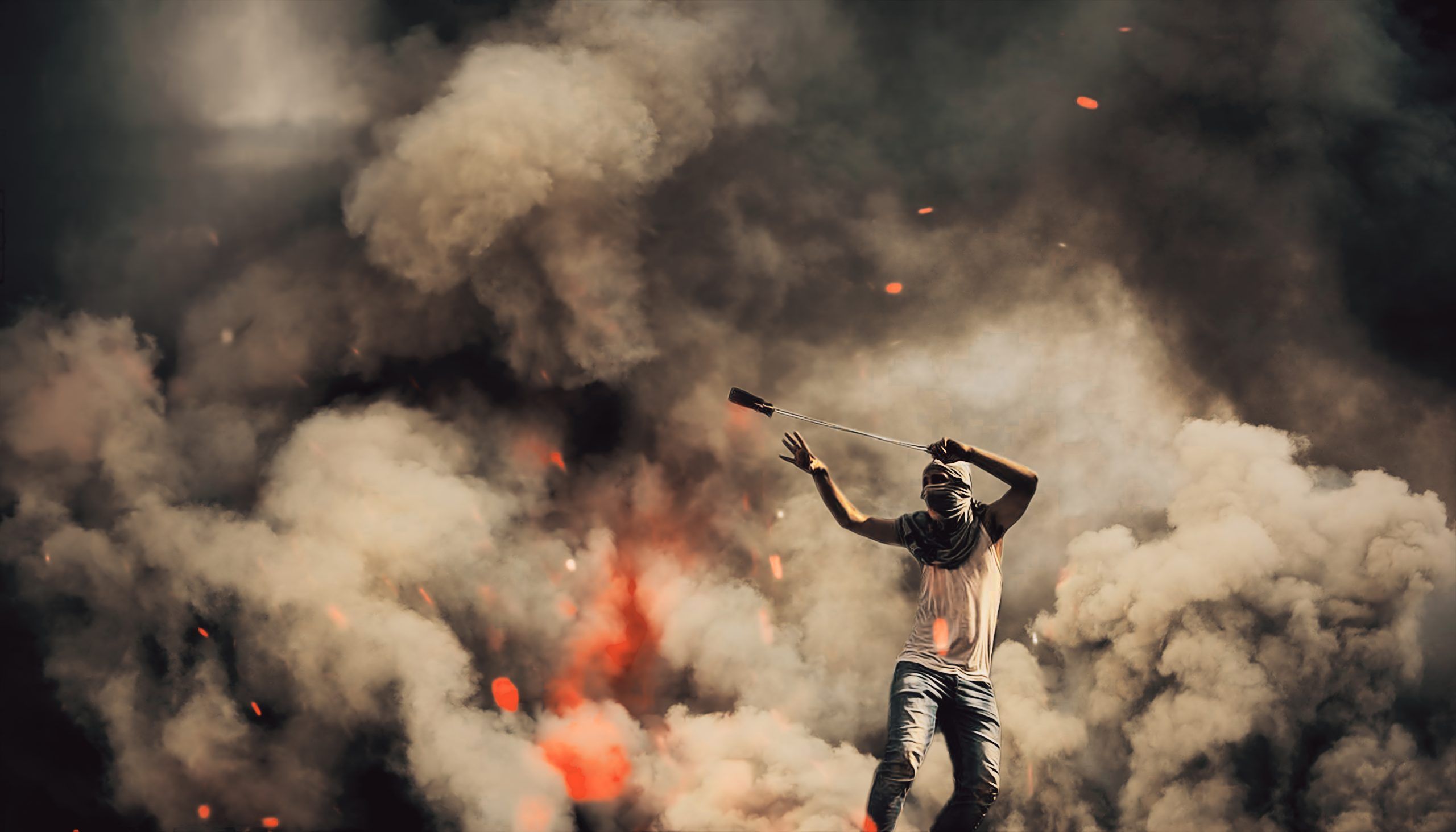 With Israel now on a war footing after Gaza-based terrorists rain down yet more rockets on the Jewish state, we can anticipate further bloodshed in the ongoing conflict.

It appears that Israeli Defence Force patience has finally run out. Every Friday for the past seven months, when Jewish people are getting ready for a well-earned Sabbath rest, thousands of Palestinians have answered calls from terror group Hamas to put their lives on the line with violent protests, using Molotov cocktails, burning kites and balloons packed with explosives to inflict maximum damage on their northern neighbours.

They smell blood – and the opportunity for ‘martyrdom’, or suicide – which is drummed into them through schooling and the media.

It is four years since the ‘Protective Edge’ engagement which severely blunted Hamas’s firepower. Now I hear that tanks are moving into position to launch a fresh attack on the terrorists, who have been firing rockets into Israel on a regular basis ever since the latter’s reluctant 2005 withdrawal from the Gaza Strip when Prime Minister Ariel Sharon caved in to international pressure by agreeing to the pull-out as part of a ‘land for peace’ deal. And what peace did it bring?

It only served to embolden Israel’s enemies all the more as they took advantage of what
Arabs would generally perceive as weakness by using the enclave as a launch-pad for missiles with which to destroy Israel.

Back in spring this year, a new tactic was devised in the shape of the so-called ‘March of Return’ in which rioters would descend en-masse on the border fence demanding ‘re-entry’ as refugees allegedly forced out of the country.

Their entirely bogus status as ‘refugees’ is based on their claim to be descendants of the 700,000 Arabs who were panicked into leaving Israel in 1948 by the surrounding Arab nations. Forever after they have been cynically used as pawns in a sick political game designed to make Israel look like an uncaring bully.

And yet a similar number of Jews, who had really been forced to leave Arab states at the same time, were quickly absorbed into the Jewish state with no fuss or bother.

Brutality and dishonesty is a defining portrait of many of Israel’s neighbours, as the shocking assassination of Saudi Arabian journalist Jamal Khashoggi demonstrates. Yet our political left-wingers would rather focus on the supposed cruelty of tiny Israel.

Mindful of all the injustices we are seeing, particularly in the Middle East, my wife and I were encouraged on our recent train journey to London to see Bible Society posters on the stations quoting the words of Isaiah: “Woe to those who call evil good and good evil.” (Isaiah 5:20)

Yet with Jewish people under siege, much of the Church seems reluctant to help them – a most dangerous position.

For just as the Jews were punished with exile for not recognising the time of God’s coming to them (Luke 19:44), the Gentile world (especially Christians) will be judged for not perceiving God’s hand in bringing them back.

Second only to the frequency in the Bible of prophecies concerning the coming of Messiah are those related to the restoration of Israel (to their Land and their Lord). In fact, their physical return from the diaspora would be seen as a greater miracle than the crossing of the Red Sea, according to Jeremiah, who also prophesied their spiritual recovery (Jeremiah 23:7f, 31:31-33).

I believe the watching world’s involvement (or lack of it) in this great miracle is a litmus test of our standing with God – borne out by Jesus’ teaching, in the passage addressing the last days, on the sheep and the goats (Matthew 25:31-46).

Israel is not a peripheral matter for the Church, yet too many preachers see it as a ‘political hot potato’ to avoid like the plague. But, as with the mark of the
Beast (see Revelation 14:9-11), neutrality is not an option on this issue.

Booth writes: “The return of Israel to the Land is the biggest prophetic event since the coming of Messiah; it loudly and clearly heralds his return, but many in the Church are not
listening.”1

1 ‘Who are the sheep and the goats?’ – an Olive Press Research Paper. For further details, contact the Church’s Ministry among the Jewish people (CMJ) on 01623 883960 or connect with their website at www.cmj.org.uk