Focus on Nigeria bloodshed… at last 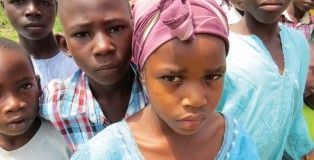 MEDIA ATTENTION is a strange thing – one news story gets everyone talking while another is barely noticed.

The Paris terror attacks had everyone absorbed minute-by-minute as websites were studied for updates and TV news channels carefully watched. No one could argue with the visual impact of the horror seen in photos and video.

However on the other side of the world, in a fishing town called Baga, on the shore of Lake Chad in northern Nigeria, a massacre took place in the same time period. END_OF_DOCUMENT_TOKEN_TO_BE_REPLACED 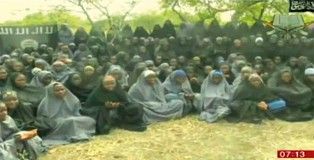 HOPES THAT A GROUP OF SCHOOL GIRLS kidnapped by militant terror group Boko Haram could be returned to their parents in Nigeria have faded after their home village was over-run by the radicals. END_OF_DOCUMENT_TOKEN_TO_BE_REPLACED

Changing the mindset of militants

The plight of more than 270 SCHOOLGIRLS captured by Boko Haram in northern Nigeria has been occupying the world news for a long time. It was some three weeks before the Nigerian Government began to take the issue seriously although this group of violent terrorists have been troubling the northern of provinces of Nigeria for a number of years. Nearly 200 people were killed and hundreds wounded last month in the city of Jos which I have visited many times. END_OF_DOCUMENT_TOKEN_TO_BE_REPLACED

Nigerian Christians give aid to Israel