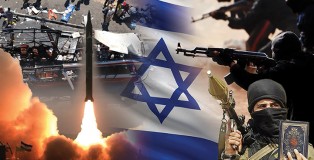 “I believe it’s time to tell the truth about the causes of Palestinian terrorism,” he told a press conference marking the visit of UN Secretary General Ban Ki-Moon. “It’s not the settlements. It’s not the peace process. It’s the desire to destroy the State of Israel, pure and simple.” END_OF_DOCUMENT_TOKEN_TO_BE_REPLACED

Dangerous Mid-East scenario must be seen through biblical lens

The stage is being set for what could turn into an almighty battle in the Middle East. Israel was already surrounded by sworn enemies before Russia entered the toxic fray, and we are now witnessing an extremely dangerous situation – highlighted by the blowing up of a plane over Sinai – which could erupt into a major conflict at any moment. END_OF_DOCUMENT_TOKEN_TO_BE_REPLACED 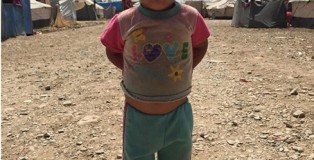 END_OF_DOCUMENT_TOKEN_TO_BE_REPLACED

CHRISTIANS EVERYWHERE should stand resolute in witness to the love of Jesus, following the widely reported Islamist Jihadi attack which saw 38 people shot dead by an Islamic State linked gunman – according to the Rt Rev Dr Angus Morrison, Moderator of the General Assembly for the Church of Scotland. END_OF_DOCUMENT_TOKEN_TO_BE_REPLACED 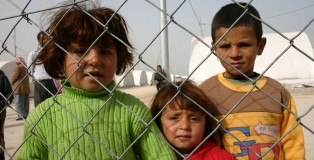 The shocking figure of those who froze to death in refugee camps – an estimated 6,000 according to the regional governor – were revealed to HEART by a Kurdish-born Danish doctor working with the thousands of homeless Christians, Yezidis and Muslims in Iraqi Kurdistan. END_OF_DOCUMENT_TOKEN_TO_BE_REPLACED 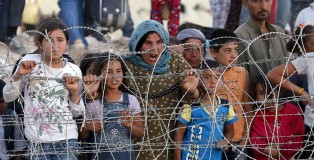 Hundreds of Christian families have fled the city of Hassakeh

AND AGAIN CHRISTIANS FLEE for their lives in the Middle East and again western politicians issue press statements condemning the actions of Islamic State – and again, nothing really changes.

How much horror does the world need to witness in places such as Syria before action is taken? A valid question asked by the Melkite Greek Catholic Archbishop of Aleppo, Jean-Clément Jeanbart. He has warned that Christianity itself was dying out in war-torn Syria. END_OF_DOCUMENT_TOKEN_TO_BE_REPLACED

72 Syrian families kidnapped by IS

MILITANTS FROM THE ISLAMIC STATE (IS) have kidnapped 72 Assyrian Christian families – around 200 people – from three villages in Syria and threatened to kill all the men unless Kurdish militias release IS hostages. END_OF_DOCUMENT_TOKEN_TO_BE_REPLACED

A BABY GIRL is the latest victim of the freezing weather gripping thousands of Christians trapped in refugee camps after fleeing from the Islamic State in Iraq and Syria. END_OF_DOCUMENT_TOKEN_TO_BE_REPLACED

LIBYA: BY THE TIME YOU READ THIS, THESE CHRISTIAN MEN MAY BE DEAD 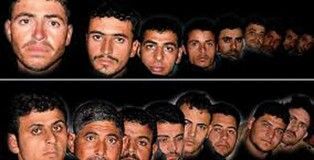 IT IS POSSIBLE that 20 Christian Egyptians abducted by the Islamic State of Tripoli in Libya could be dead by the time you read this.

However an urgent call for prayer has been issued by Christian Freedom International (CFI) for the migrant workers who have been tortured with ‘unspeakable abuse’ and now likely face executions by beheadings. END_OF_DOCUMENT_TOKEN_TO_BE_REPLACED

IS sells children, age 1-9, for more than teenage girls

THE PRICES OF CHRISTIAN SLAVES captured by Islamic State militants in Iraq have been published. END_OF_DOCUMENT_TOKEN_TO_BE_REPLACED