Prayer points in a time of “plague” 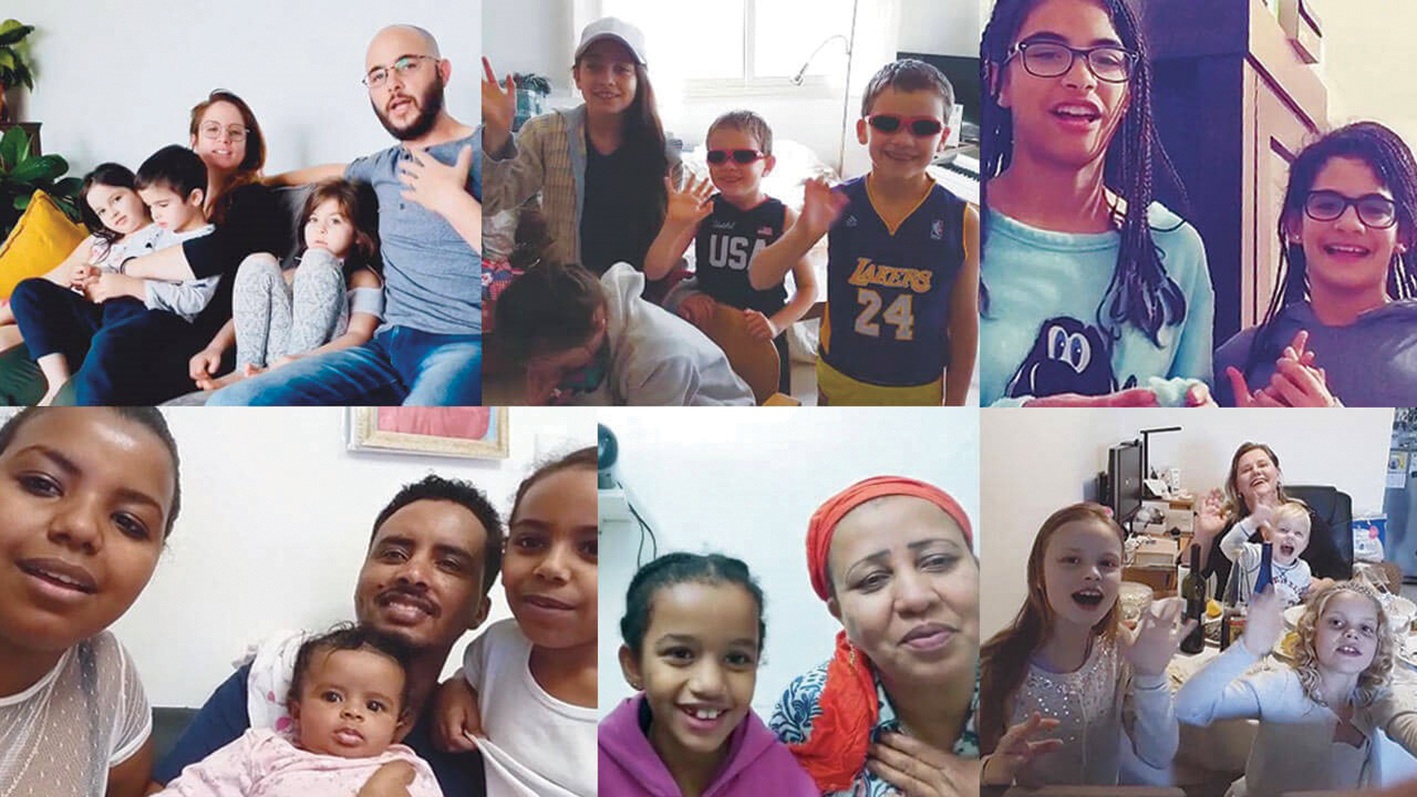 Perhaps our other pages have already provoked prayer, but here are more points for your thanksgiving and petitions

These Israeli families were filmed saying “Thank you” for money that paid for food during the lockdown.

Most are Messianic or Arab believers, according to the Tel Aviv-based Maoz ministry that handed out donations. “Some were not believers but came to faith as a result of receiving the funds, and in one case we helped an elderly Arab believer from being evicted by helping to pay a debt,” says Brian Greenaway, Maoz’s UK spokesman.

With tourism not restarting until at least July, the threat to Israel’s economy has been “devastating,” according to Dr Mike Evans of the Jerusalem Prayer Team.

Israel’s national cyber chief, Yigal Unna, officially acknowledged on 28 May that the country had thwarted a major cyber attack against its water systems in April, an assault widely attributed to arch-enemy Iran, calling it a “synchronised and organised attack” aimed at disrupting key national infrastructure. He warned that “cyber winter is coming”. (Source: United with Israel)

Christian Witness to Israel (CWI) reports an increased demand for New Testaments among Jewish people. In Israel, a young man named Aviad, the son of a well-known rabbi, told CWI that he had come to the conclusion that the Messianic prophecies were indeed fulfilled in Jesus.

Renowned apologist Ravi Zacharias died on 19 May from a rare form of bone cancer, aged 74.

US Vice President Mike Pence, who attended his memorial service in Georgia on 29 May, said: “He was the CS Lewis of our day. Crisscrossed the globe to every Mars Hill he could find to answer sceptics, move obstacles of unbelief, armed with intellect, girded with truth and love.”

Passion City Church Pastor Louie Giglio called Zacharias a “gentle giant” and a “rare treasure”, adding: “He never sought to win an argument, he always sought to win a person.”

Born in India in 1946, Zacharias became a Christian aged 17 while recovering from a suicide attempt. He founded Ravi Zacharias International Ministries in 1984, with the mission of “helping the thinker believe and the believer think”.

It seems that a business that is “Covid secure” may not be financially secure.

“Social distancing on a semi-permanent basis is a delusion,” said Lord Lamont.

Just as God used the Babylonian empire to judge Judah, but later judged Babylon for going too far in its cruelty (Jeremiah 50:14-15, Zechariah 1:15), pray that the enemy will not take what God is doing further than God intends by causing restrictions to last longer than
necessary.

An end to division and fear

“God is using the virus to reveal the spirits of fear and manipulation across society,” says prayer group leader
Diane Golder. “The virus is not as destructive as the Spanish flu of 100 years ago. Indeed, the panic is worse than the virus!”

One in four workers currently furloughed might end up unemployed by the end of summer.

More women than men are thought likely to lose their jobs; if this is part of God’s pruning to allow women more time with their families, pray that single mothers and fathers will be able to provide for their children.

It was already estimated before the lockdown that one in four children will have witnessed domestic abuse; since then, domestic abuse helplines report being overwhelmed, while many church-run initiatives were shut down.

A time of “sifting”

“God is sifting his people, removing the egos, the personal agendas. Despise nothing; be only concerned that you are in God’s designated place for you.” From the Dorset prayer group of HEART subscriber Diane Golder.

Worldwide figures indicate a resurgence in people engaging with religion. Google searches for the words ‘prayer’ and ‘Christianity’ are surging; five million people tuned in to hear the Archbishop of Canterbury’s Mothering Sunday service.

“Sermons and Sunday school classes are forced online – which means every one of our words are being saved and stored in the government’s huge new data centre in Utah, which is OK as long as we have a government that accepts Christianity,” warned Rev Danny Jones of Northlake Baptist Church, Georgia, in his 20 April sermon which was viewed nearly two million times.

He also warned that digital currency will enable the flow of money around the world to be “monitored and controlled”.

This sermon detailed the players and politics behind the declaration of a global pandemic. Please contact the HEART office if you would like his sermon notes

United Nations Secretary-General Antonio Guterres has warned that the world is facing extreme crisis due to the coronavirus [ie lockdown]: “Hunger and famine of historic proportions, 60 million more people pushed into extreme poverty, up to half the global workforce, 1.6 billion people, without livelihoods…” (Fox News, 29 May).

This is a shortened version of our prayer points; for a fuller, less “sanitised” version, please send sae to the HEART office