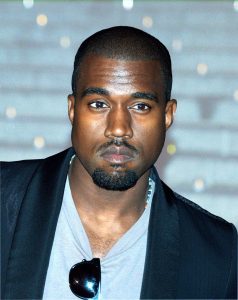 Kanye West – controversial rapper, producer and husband of reality TV star Kim Kardashian – has made a commitment to Christ.

Over the last year, West has held weekly worship services for invited guests, and on 1 November attracted thousands of people to a Louisiana church where over a thousand people gave their lives to Jesus.

At the Baton Rouge church, West sang faith-filled songs from his latest album, titled ‘Jesus is King’. Faithwire reported that a pastor who was there said: “Tonight, worship was lifted, the name of Christ was exalted, the Word of God was preached, a multitude prayed together, the Gospel was clearly proclaimed, and an opportunity to respond was given.

“In a crowd of 6,000 people from all walks of life, all ages and all races, I personally witnessed over 1,000 individuals accept Jesus as their Lord and Saviour!”

West recently denounced abortion and said he was having to “kick the habit” of a pornography addiction. In October his wife and children were baptised in the Armenian Apostolic Church in Vagharshapat, Armenia – one of the oldest churches in the world. 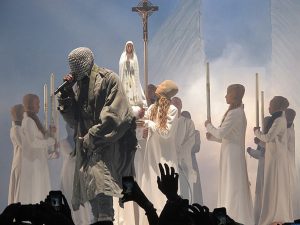 At his album launch in Washington, Kanye announced: “I want to let you know that I am not here for your entertainment this afternoon. We are here to spread the Gospel… I am a recent convert… [That] means I recently got saved.”

“My job is to spread the Gospel, to let people know what Jesus has done for me”

In one interview he said: “Now that I’m in service to Christ, my job is to spread the Gospel, to let people know what Jesus has done for me… I’m no longer a slave, I’m a son now, a son of God. I’m free.”