Revival has reached Thailand for the first time according to local missionaries, after 1,435 people were baptised on 6 September.

The baptisms took place at a reservoir in the predominantly Buddhist country, according to Premier Christian News. 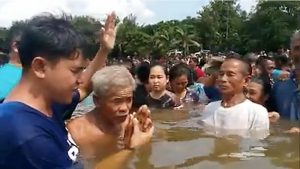 Church planting organisations Free in Jesus Christ Association and Reach a Village worked together for the event.

“Missionary work had been going in Thailand for 200 years and for this to happen and in these kinds of numbers, it is historic,” said Robert Craft, president of Reach a Village. “It is the first time there is revival.”

This growth began in 2016 when home churches were planted in different provinces. The report said there is now 700 such groups around the country. 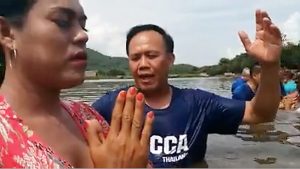 Thailand has been relatively unscathed by the global Covid-19 pandemic, allowing the growth to happen. “In some countries, Covid-19 has drastically affected the movement of the Gospel, but in Thailand, it seems that we have been spared,” Craft said.

There has not yet been a backlash from authorities, but Christians have been asked to pray for the situation. “We should pray that the Lord would help Thai Christian leaders to handle the movement in such a way that they are wise like serpents, and harmless as doves,” Craft told Premier.