Raised from the ashes

Football team tragedy is a parable for our times

A colleague of mine was eager to get home from a conference I also attended because his home team (Derby County) were playing Manchester United in the FA Cup. Sadly, Derby lost the fifth round 0-3.

Now it may surprise you to learn that, in spite of spending much of my journalistic career as a sports editor, I am not a football fan.

But I tell the following story as a parable of our times, and of God’s amazing story, especially as it relates to his chosen people – the Jews.

My colleague and I went our separate ways and I thought no more of his excitement until, shortly after arriving home, I joined my wife in front of the telly where she was absorbed in a movie – all about Manchester United!

The terrible tragedy put the future of the club in jeopardy 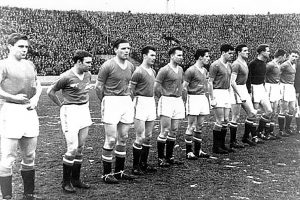 It was a harrowing, yet very moving, account of the disaster that virtually wiped out the ‘Busby Babes’ (the nickname given to the all-conquering team led by the legendary Sir Matt Busby, who was injured in the crash) as their plane crashed on take-off in heavy snow at Munich in 1958. Twenty-three people died, including the father of a very dear family friend of ours who was accompanying the team as a sports reporter for the Manchester Guardian.

Of course, it was a terrible tragedy, and put the future of the club itself in jeopardy – footballers in those days may also have been famous, but they evidently did not live on fortunes.

And yet, with only two of their original team in the squad – Bobby Charlton and goalkeeper Harry Gregg – they literally rose from the ashes of the plane crash to reach the final of the FA Cup just three months later, complete with the new club badge displaying a Phoenix! I remember playing on the South African farm of our family friend that year (I was just nine) being vaguely aware of something amiss. 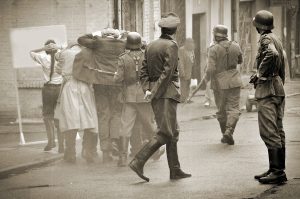 Ten years earlier, in 1948, a much greater tragedy was turned into triumph of a sort when the state of Israel rose from the ashes of the Holocaust, which saw six million Jews wiped out by the Nazis, and then miraculously (with a population of only 600,000) held off five invading armies determined to strangle the new nation at birth.

The prophet Ezekiel’s vision of the valley of dry bones had been fulfilled, for the Sovereign Lord had promised: “I will make breath enter you, and you will come to life” (Ezekiel 37:5). 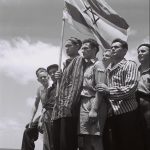 The ensuing years saw more prophecies fulfilled as God’s people returned to their ancient land from every corner of the globe. Isaiah had prophesied: “He will raise a banner for the nations and gather the exiles of Israel; he will assemble the scattered people of Judah from the four quarters of the earth” (Isaiah 11:12).

In further encouraging them not to fear, the Lord of compassion had declared: “When you pass through the rivers, I will be with you… when you walk through the fire, you will not be burned; the flames will not set you ablaze… since you are precious and honoured in my sight, and because I love you” (Isaiah 43:1-4).

Did the Lord have the Holocaust in mind when referring to the fire? Certainly, Christians around the world are right now walking through fire, just as Jews everywhere are continuing to experience, but Jesus assures us that he will wipe away the tears of all who trust in him and lead them to his everlasting kingdom of peace as he raises them up from the dust, clothed in their resurrection bodies. For all who trust in the blood of the Jewish Messiah, spilled for the sins of the world, will be raised to new life.

Death will have been swallowed up in victory. “Thanks be to God! He gives us the victory through our Lord Jesus Christ” (1 Corinthians 15:54-57).

We have a solemn duty to preach the Gospel “to the Jew first” (Romans 1:16) – but not only in word. We need to express our love for them, identifying with our Lord’s compassion for his ancient people, who have risen from the ashes to become “a banner to the nations” – a signpost of God’s everlasting commitment to Israel, and to all who bless them (Jeremiah 31:3, Genesis 12:3).

Outrage followed a BBC report on the commemoration by presidents and princes of the 75th anniversary of the liberation of Auschwitz when veteran international correspondent Orla Guerin used the occasion to flag up her personal bias toward Israel.

Against the background of Yad Vashem, Jerusalem’s Holocaust Memorial, she said: “The state of Israel is now a regional power. For decades it has occupied Palestinian territories. But some here will always see their nation through the prism of persecution and survival.” 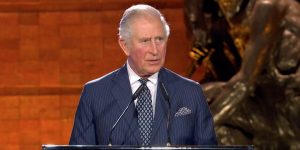 Prince Charles, on the other hand, who was among those who attended, was full of praise for the Jewish state, saying: “It’s been fascinating to hear about so many of the co-operative ventures that are taking place between both our countries, and from what I gather it sounds as though Israeli geniuses are maintaining the entire structure of the NHS.”

The heir to the throne further referred to “a great deal of other remarkable technological developments…and ingenious inventions.” The Times of Israel, in which this report appeared, explained that much of the medicine used by the NHS stems from Israel.

A PA official said, “Anyone who opposes cooperation with Israel in the medical field would be acting against the interests of our people.”

Israel buried its first coronavirus fatality on 21 March. Holocaust survivor Aryeh Even, 88, was laid to rest in Jerusalem in a funeral restricted to 20 people. He had immigrated to Israel alone from Hungary in 1949.

The Lord is in charge

Rick Ridings, founder of a 24/7 worship and prayer centre overlooking the Temple Mount in Jerusalem, wrote in March that it is important “not to give in to fear in the increasing shakings and chaos. The Lord is in charge and his ultimate purpose [is] the emergence of the Kingdom of God, that cannot be shaken, and the harvest.”

French pastor Jean-Marc Thobois, a Hebrew specialist and tireless Bible teacher on Israel and prophecy, died from the coronavirus on the night of 13 March.

The building of a National Holocaust Memorial near the Houses of Parliament could still go ahead in spite of a unanimous vote against the plans by Westminster Council, citing environmental concerns. For the government had already “called in” the proposals to be heard by an independent inquiry, while Lord Pickles and former shadow chancellor Ed Balls said the “regrettable” decision would not dampen their efforts to get it built.

Meanwhile plans are going ahead for a Jewish museum in Madrid. Spain was once home to the largest Jewish community in the world (which included my ancestors), but their 1492 expulsion put an end to that, and the nation instead became infamous for torturing Jews during the so-called Spanish Inquisition in an attempt to force their conversion to Catholicism.

Spain (like Portugal) has more recently sought to make amends by introducing a Law of Return, allowing those whose ancestors were expelled to apply for citizenship.

The suggestion that Israel may have been linked to the 2001 attacks on New York’s World Trade Centre was contained in a history textbook targeted for UK Key Stage 3 pupils, which has now been removed from sale.

Students were being asked to consider “how it could be argued” that the creation of Israel was a long-term cause of 9/11. Elsewhere in the offending chapter, it says that Al-Qaeda targeted the USA because “they believed it was leading a Christian-Jewish alliance to destroy Islam”. The book, entitled ‘Understanding History: Britain in the Wider World’ was published by the Hodder Education Group.
Meanwhile, UK taxpayers are funding Palestinian teachers to incite hatred with textbooks containing inflammatory statements about Jewish people.

Students are encouraged to “sacrifice” for the liberation of the Al-Aqsa Mosque and invited to follow Dalal al-Mughrabi, who murdered 38 Israelis. Numerous mentions of peace initiatives and agreements have been removed, while statements such as “Jews are the enemies of Islam” have been inserted.

UK support for education among the Palestinians has averaged £45 million a year. A bill calling for the Palestinian Authority to be held to its agreements to remove incitement to hatred of Israelis from its curriculum was brought forward in January 2019 by Dame Louise Ellman, who said that young minds were “being poisoned”.

However, the regular reviews promised by the UK government have not been published to date.

The people of High Wycombe have come together to apologise to the Jewish people for their expulsion from the town in 1234, in an extraordinary act of confession involving some 300 Christians from 50 different churches.

Commenting on President Trump’s ‘Deal of the Century’ in a bid to solve the Israeli-Palestinian conflict, the United with Israel movement asked: “How did the Palestinian leadership respond to an offer of $50 billion in aid, one million jobs, and an independent state of their own? Answer: with rockets and riots!” This despite support for the plan from several Arab nations and Israel’s willingness to negotiate key terms. But the Palestinians have form on this. In 2008, their leader Mahmoud Abbas rejected an offer from former Prime Minister Ehud Olmert that included a Palestinian capital in east Jerusalem and almost complete sovereignty over Judea and Samaria.

As Arab neighbours in the Gulf forge increasingly closer ties with the Jewish state, the Bahraini Supreme Court sentenced a man to three years in prison for burning an Israeli flag at a pro-Palestinian rally.

Other recent articles by Charles Gardner can be found at www.prophecytoday.uk. Charles is also a regular contributor to Israel Today at www.israeltoday.co.il.