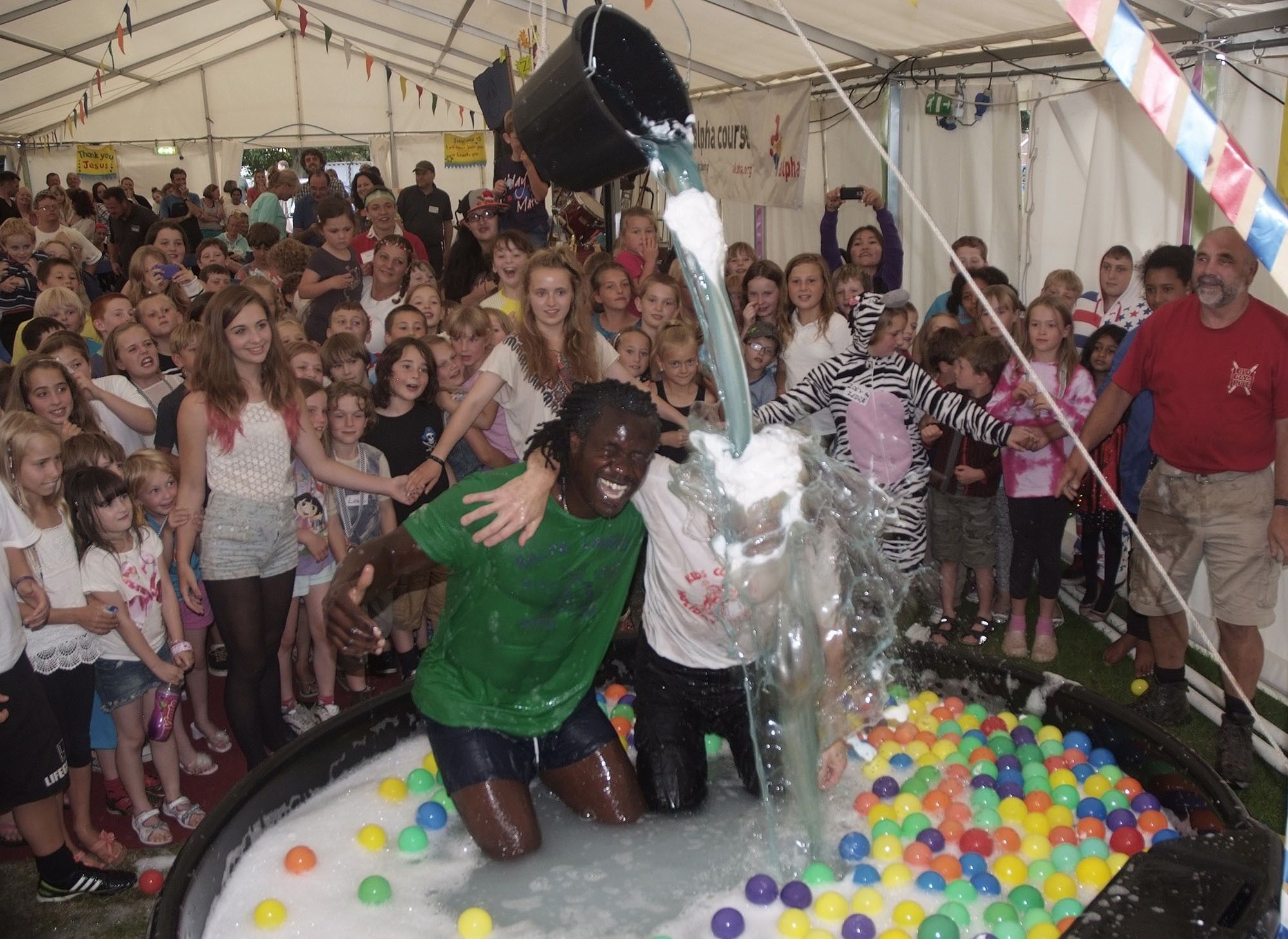 It’s not the first time the former Pompey star has visited the club, but much to the delight of the 150 children, Linvoy returned this year to give a few football tips and also present prizes to a packed audience of parents and children on the Friday evening.

The Big Top returned to Yapton village green during the last week of July, hosting 5-11 year olds for a fun-packed week of clowning around, story-telling and 5-a-side football.

Primus joined Portsmouth FC in July 2000, and stayed for an impressive nine years.  Racking up 198 appearances for Pompey, Linvoy, a central defender, proved to be an integral part of the team, despite only scoring five goals. Linvoy now tours the local area, sharing his testimony as part of the charity ‘Faith and Football’ that provides young people with Christian role models who share Jesus’ message.

This year marked the 21st holiday club organised by Yapton Free Church and St Mary’s and went down as one of the most successful. “It provides a great foundation for learning and friendship,” said Yapton Free’s pastor Hugo van Driel. “There has been something for everyone, from senior citizens who were treated to a cream tea and for the youth who took part in 5-a-side competition and were treated to a special visit from Linvoy Primus.”