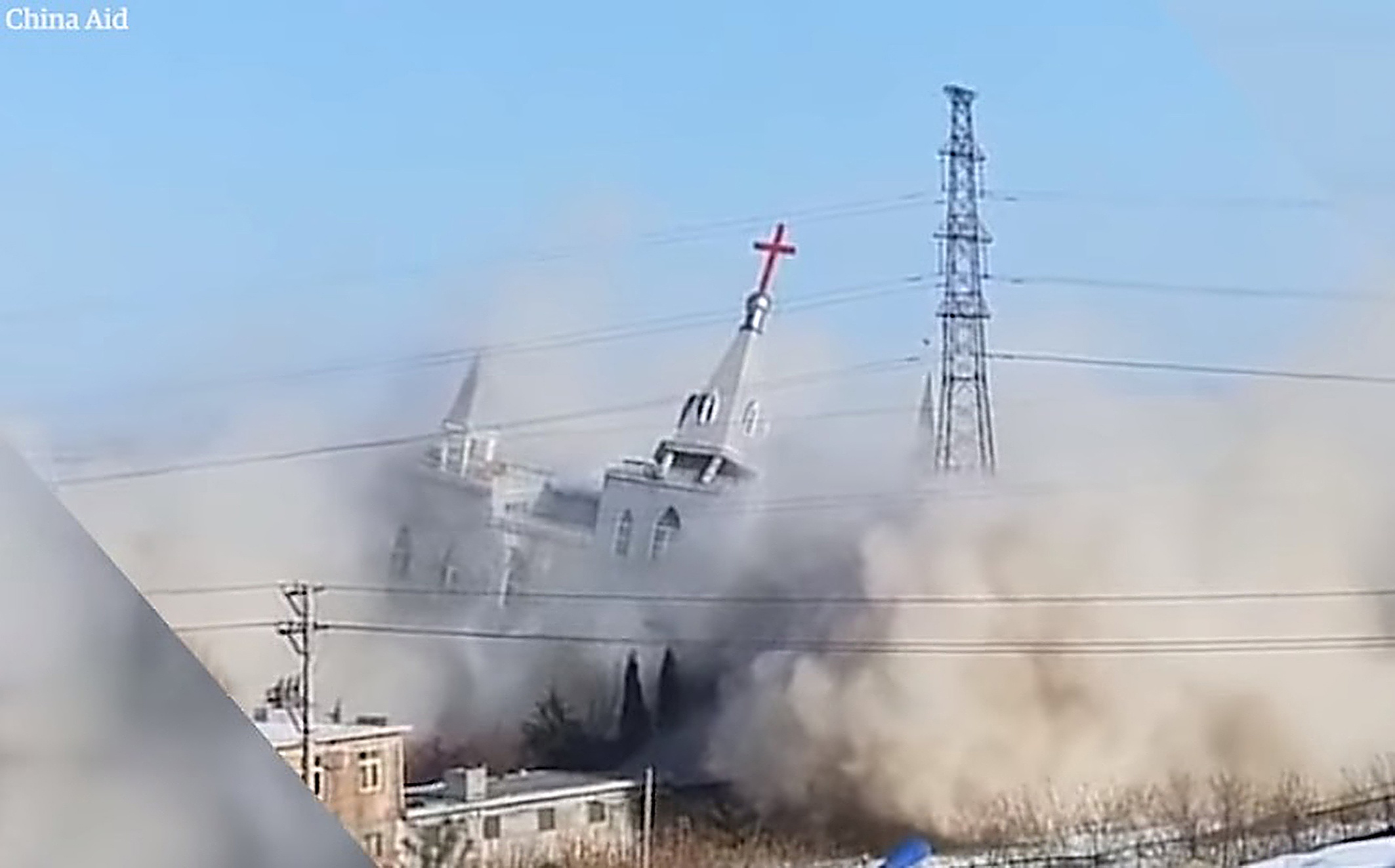 Chinese Christians may be experiencing the worst persecution they have faced since the cultural revolution in the 1960s, yet they are now ten per cent of the population.

Parents were beaten in front of their distressed children

According to China Aid, even in state-sanctioned churches some pastors have been “sentenced to 17 years imprisonment for simply refusing to take down the cross from the rooftops of the church buildings.”

In fact, China Aid’s Bob Fu says thousands of churches have had their crosses removed since 2013, an unknown number of churches have been totally flattened, and recently in Sanming City in Fujian Province parents have been severely beaten in front of their distressed children.

The Christian Post reports that over 900 crosses were removed from state-run churches across China in just the first six months of 2020. It reports that church members who complain “may lose their social benefits” and even their children’s future careers may be affected.

But Bob Fu adds: “The number of Chinese Christians now has reached 130 million, so that’s ten per cent of China’s population. By 2030 the number is expected to reach 224 million, particularly if the persecution intensifies. So China is destined to become the world’s largest Christian nation. Only God can do that.”