Could the date of the next economic crash be predicted by the biblical calendar? 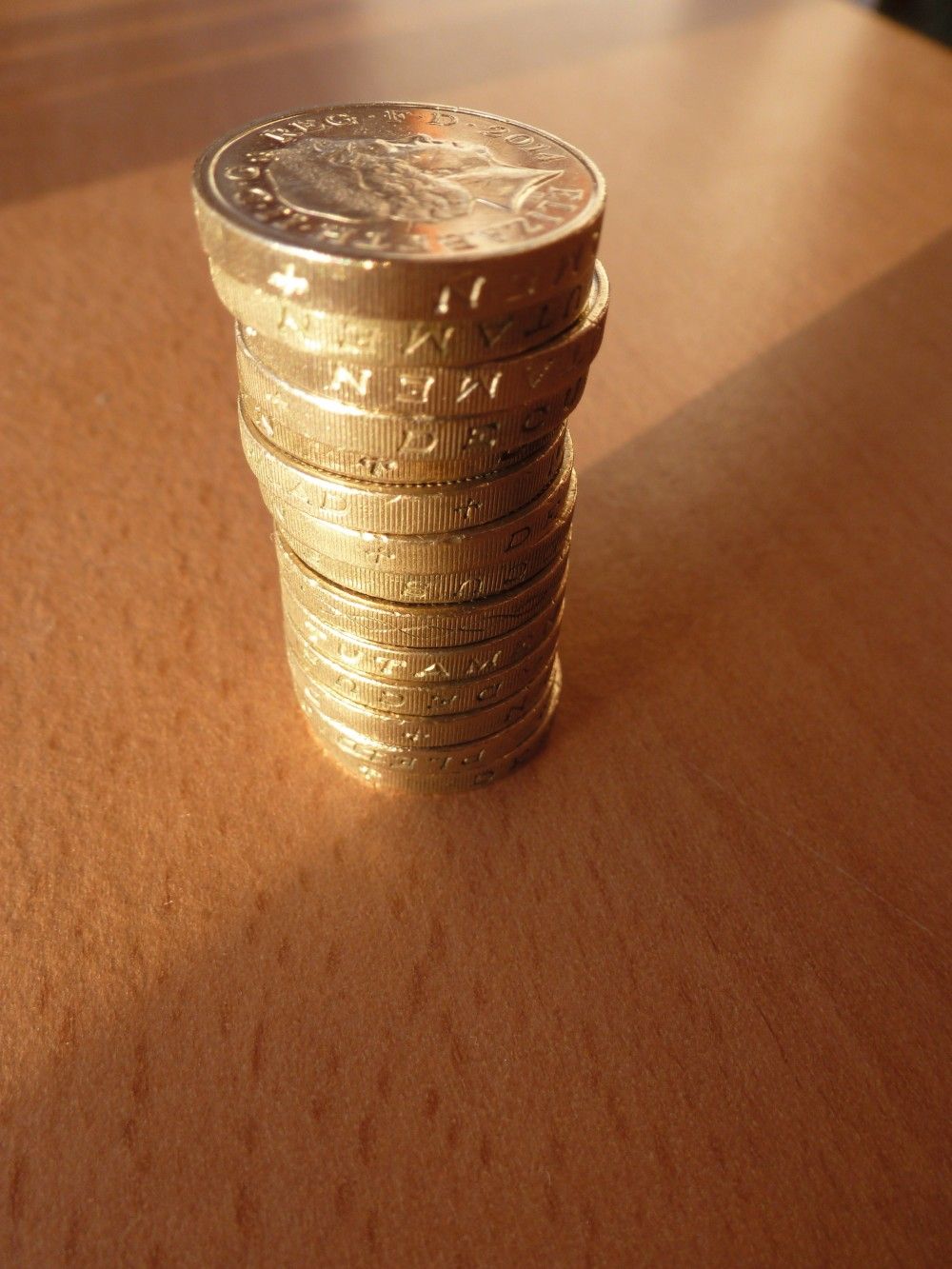 The Harbinger
The Mystery of the Shemitah

By Jonathan Cahn
Available from Amazon

These two books consider the coincidence of economic events in the timing of the biblical calendar. The author, Jonathan Cahn, is the American Messianic Jewish pastor of Hope of the World Ministries, based in Wayne, New Jersey USA.

I read both books together as they are strongly linked and I hope the reader will forgive me if I move between them.

He saw his first book, ‘The Harbinger’, climb to the top of the New York Times list of bestsellers, despite a strong response from some church leaders of the danger of USA being portrayed as falling into judgement. He followed this up with a 13 week guide for church congregations. All his writing is based on our being prepared for the imminent return of the Messiah.

His second book, published in 2014, was entitled ‘The Mystery of the Shemitah’. The shemitah is original Hebrew for a release or remission of debt at the end of the Sabbath year as defined in the book of Leviticus. This is translated as Jubilee in our English Bibles.

This second book contains examples of the economic crises which have arisen regularly every seventh year for the past 70 years. It points to the next economic crisis as being due in 2015, starting on the final day of the Jewish year in September.

In the Bible, the concept of Jubilee is always in the context of Israel’s restoration, both physical and spiritual; it also speaks of Israel and of the ‘end time’ purposes which might be revealed between September 2015 and September 2016.

Critics have pointed out that the prophecy provides a doomsday scenario and is not constructively uplifting. It is also directed primarily towards events in the USA and draws heavily on the 9/11 disaster as an example of God’s judgement upon that nation. Cahn sees the USA living in a post-Christian society where secular laws on marriage, abortion and gay rights have offended against God’s decrees for righteous living as set out in the Bible. He considers that the spirit of anti-Christ is abroad and Christians need to take up arms (spiritually) to combat the danger. (Ephesians 6:10-18)

The harbinger, or judgement

The ‘Harbinger’ book is subtitled ‘The ancient mystery that holds the secret of America’s future’. It contains 14 revelations, or mysteries and Cahn claims that the book came to him as a revelation when watching the smoke clouds from the 9/11 disaster in Lower Manhatten in 2001. His attention was drawn to a verse in Isaiah 9 v11: “…therefore Jehovah will set up on high against him…”

He claims he knew it was time to write his revelation when the economic crisis hit the USA in 2008. It had started with the collapse of the housing bubble, then became a full-blown banking crisis and resulted in the greatest one day stock market fall in a century.

Listing a series of harbingers, or judgements, Cahn gives a full Old Testament reference and exegesis for each event as to why he believes the fulfilment of these prophecies has now taken place.

The mystery of the Shemitah

Moses on the Holy Mountain brought forth the ‘Torah’ or book of the law. This revealed God’s plan for the Sabbath. It was to be a holy day set apart for rest and devotion to God. Every seventh year was a sabbath year when no work would be done on the land which should lie fallow. Whatever grew on the land could be used by the poor for ‘gleanings’.

It was considered that the Shemitah applied only to Jewish land. Various ways were proposed to circumvent its effect, such as the transfer of debt to a religious court. The effect of the Shemitah was similar to that of an economic crash in that it wiped out irrecoverable debt.

The Shemitah, like the Sabbath day, was intended to be a blessing for the nation of Israel. The release, remission or forgiveness of debt were all positives. However, the mystery of the Shemitah also contains judgement.

In 586 BC the prophet Jeremiah wept over the destruction of Jerusalem and the surrounding land and people. He had prophesied destruction and God told him that because they had not repented, they would suffer in Babylon for 70 years. Those who escaped the sword were to keep the Sabbaths to fulfil the 70 years to replace the years of rest which Israel did not enjoy when Jerusalem was occupied.

During their time away the land was uncultivated and unprotected. All their economy was in ruins and all debts were wiped out. The nation’s buildings and towers were likewise wiped out.

Cahn defines both Shemitahs and harbingers as signs of judgement to a nation that has turned away from God. Warnings are first given, then protection is removed. The 9/11 catastrophe arrived in a year of Shemitah in 2001. It was followed by the greatest fall in the stock markets since 1929.

In 2007 we saw first the housing bubble, then the market collapse on Sept 13, followed by Bear Stearns, Fanny Mac and Fanny Mae. Finally, with the Lehman Brothers collapse, the greatest day of collapse occurred, exactly seven years to the day from the previous collapse in 2001.

Cahn then traced the seven year cycle back even further and noted that collapses occurred on each of the past ten occasions; this data can be independently verified. Thus the next crisis is scheduled for September 2015. Cahn emphasises the sovereignty of God – that he has power to intervene and stop the cycle. No certainties are offered, only possibilities.

Cahn also makes a strong case regarding the effect of tall towers on the destiny of nations. He refers to the archetype, the Tower of Babel. The world’s first skyscraper was completed in 1870, which was the time when America overtook the British Empire to become the largest economy on earth. Subsequent towers were built up to the time of the Empire State Building, which reigned supreme as the world’s tallest building for four decades. Then came the World Trade Centre twin towers which were destroyed in 2001. All the relevant dates coincided with Shemitah years. Now, other towers in Asia and the Middle East have overtaken those in the USA. He questions whether this fact reflected the eclipse of USA from global economic dominance.

The rise and fall of nations are also seen as linked to Shemitah. In 1917, at the turning point of the war, we saw the defeat of Germany, Italy and Japan. In 1945 there was a key turning point in world history with the ending of WW2.

In 1973, when abortion laws were introduced, this coincided with the collapse of the Bretton Woods monetary plan; this plan had set up the World Bank, the International Monetary Fund and was intended to bring stability and growth to the economies of the world!

A new tower is due to be constructed at Ground Zero, based on the defiant response set out in Isaiah 9 v10. “The walls have come down. We will rebuild with hewn stone”. The tower is still incomplete and whilst scheduled to be taller than the Empire State Building, it will no longer be the tallest in the world.

Cahn leaves us with a series of questions. Are 9/11 and the rebuilding of the tower an issue of judgement or not? What is the catalyst for a tipping point? What will happen in September 2015? The last Shemitah produced shakings and calamity. What would the next judgement be like? His final word is that “Now is the time to seek salvation”.

Grahame Scofield has served as an International Director for the International Christian Chamber of Commerce (ICCC) for the past 12 years; he travels abroad frequently to open up business opportunities between nations and his story featured in the April/May 2013 issue of HEART OF SUSSEX. He is also a founding partner of an accountancy firm, Baldwin Scofield