Olympic athletes give praise where it is really due

As the Olympic Games shows increasing signs of returning to its pagan1 roots, the humility amid personal brilliance of a few outstanding Christian competitors shines out like stars in a darkened universe.

And its promotion as a showpiece for world peace and unity was tarnished by the hostility shown to the 47-member Israeli delegation2 – 44 years after eleven Israeli athletes were massacred at the Munich Olympics by the Palestinian terrorist group Black September. END_OF_DOCUMENT_TOKEN_TO_BE_REPLACED 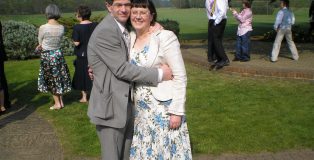 Wedded Bliss: The author, who admits to being an ‘incurable romantic’, pictured with his wife Linda

Aided and abetted by the growing aggression of the gay movement both in the West generally and in Israel – cradle of Judeo-Christian civilization – traditional marriage is facing unprecedented opposition.

South African evangelist and friend of Israel Angus Buchan, currently touring the UK, has faced strong protests over his alleged ‘homophobic’ views and was even barred from a venue in Scotland, his ancestral home.1

And for the first time ever, more humanist wedding ceremonies took place in Scotland last year than those conducted by the Church of Scotland.2 END_OF_DOCUMENT_TOKEN_TO_BE_REPLACED

The rock that will not roll

At a time of great turbulence, when all around is sinking sand, Christians believe there is a rock of perfect security on which to stand. His name is Jesus. And those who fail to honour him will stumble. (Isaiah 8:14; Romans 9:33)

In the world of politics, too, there is an “immovable rock” that will injure those nations wishing to move it. (Zechariah 12:3) Could this mean that all who attack Jerusalem – “the city of the Great King” (Matthew 5:35) – will themselves be terrorised? END_OF_DOCUMENT_TOKEN_TO_BE_REPLACED

Children under 15 are being trained for war, to kill and for suicide missions in Gaza by Hamas, the ruling party. Such training is a war crime. The training is … END_OF_DOCUMENT_TOKEN_TO_BE_REPLACED

Reign of terror – who is on the Lord’s side?

The fatal knife attack in London’s Russell Square was, for me, not only a reminder of what Israel has been facing on an almost daily basis  over much of the past year, but also a flashback to the 7/7 bombings that struck the city’s transport system.

On that July day in 2005 Islamic fanatics murdered over fifty commuters and injured hundreds more, including my younger brother David. The first I knew of this latest attack was the all-too-familiar image on my internet news feeder of Russell Square where, eleven years ago, a blown-up double-decker bus came to represent the awful carnage of London’s nightmare. END_OF_DOCUMENT_TOKEN_TO_BE_REPLACED

A lesson for Britain on what education is all about

Whatever else you may say about Israel – though the cradle of Judeo-Christian civilization, they are clearly now as secular as the rest of us in the West – they are currently being blessed by a leader who believes in the importance and authority of the Bible.

A brave Scot who sewed in tears! 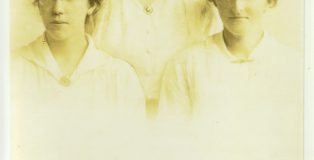 New light on Holocaust heroine who paid the ultimate sacrifice

The discovery of a handwritten will and more than 70 photographs has provided fresh insight into the life of a Christian martyr who perished at Auschwitz.

Just six months before the camp was liberated by the Red Army on January 27, 1945, the life of courageous Scot Jane Haining was snuffed out, aged 47, by Nazi butchers for the ‘crime’ of loving the Jewish girls under her care. END_OF_DOCUMENT_TOKEN_TO_BE_REPLACED

An Italian newspaper has been giving out free copies of Hitler’s Mein Kampf as part of an apparent sales drive. But Il Giornale claimed the idea, described by the country’s PM Matteo Renzi as “squalid”, was a bid to “educate readers about the evils of Nazism”.

Distribution of the infamous book has been banned in Europe since the end of World War II. But this was lifted in January when the copyrights expired. END_OF_DOCUMENT_TOKEN_TO_BE_REPLACED

Embrace the hot potato – and sack the chef!

The hot potato that is Israel now quite literally affects what we can buy in our shops.

High-quality Israeli potatoes can no longer be purchased in certain Swiss supermarkets after a major chain caved in to demands for a ban on produce from the Jewish state. END_OF_DOCUMENT_TOKEN_TO_BE_REPLACED 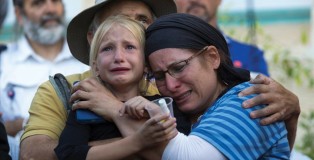 The family of Hallel Yaffa Ariel at her funeral

British and European nations now under constant threat of terror attacks should spare a thought (and prayer) for Israel. In one of the most shocking incidents yet since the start of lone-wolf knife and gun attacks by Palestinian terrorists, a 13-year-old girl was butchered to death while asleep in her bed.1 END_OF_DOCUMENT_TOKEN_TO_BE_REPLACED