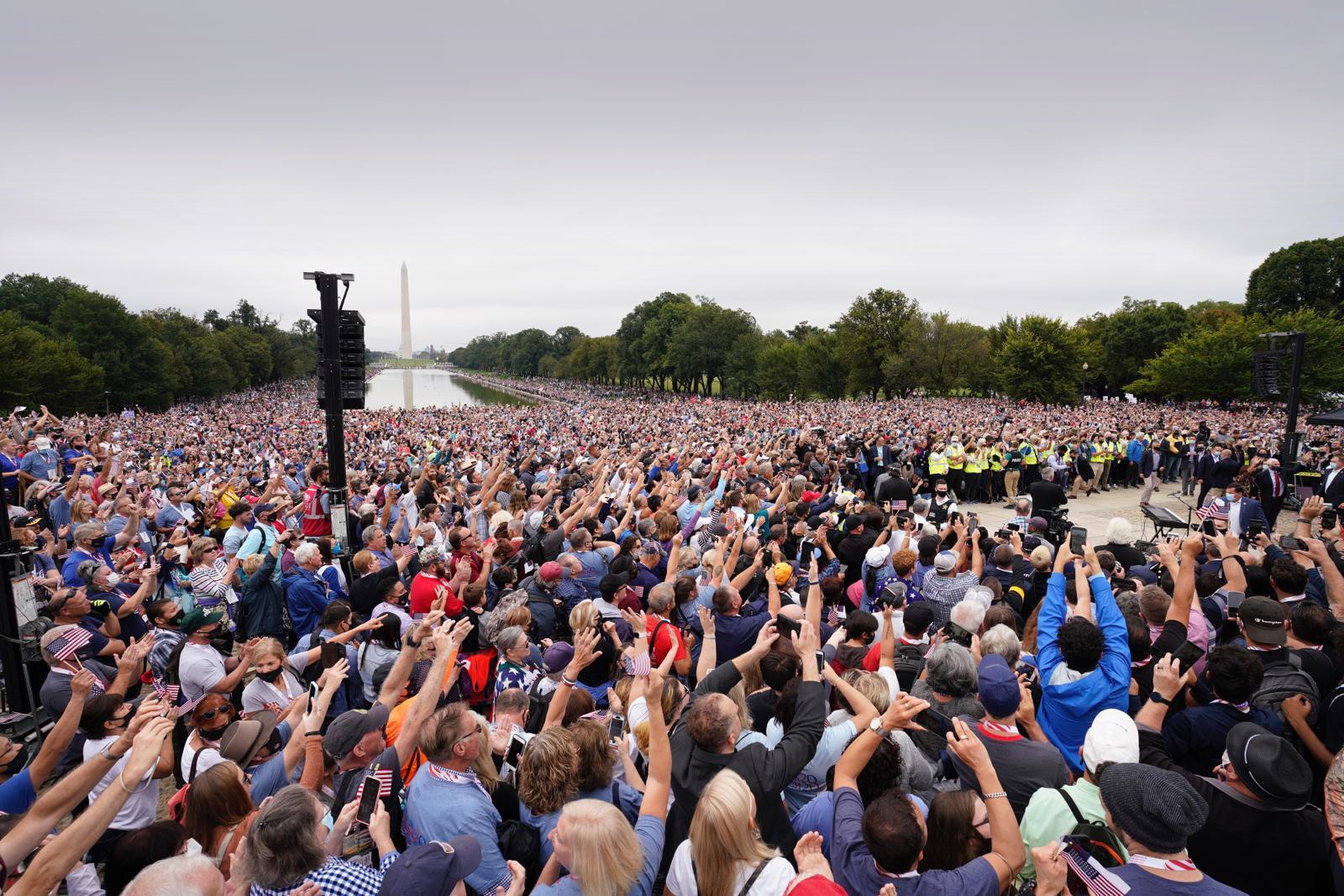 Huge crowds, estimated at over 300,000, gathered in Washington to pray for the United States. The country is just weeks away from the November presidential election.

In a surprise appearance, the crowds were addressed by Vice President Mike Pence, who said he spoke on behalf of President Trump: “Thank you for your prayers. Today, at this Washington Prayer March you continue a great American tradition… Abraham Lincoln, before whose monument we stand today, said during his time in the White House: ‘I have been driven many times to my knees by the overwhelming conviction that I have nowhere else to go.’”